After storming the Christian charts for the better part of the 'noughties', and gracing us with award-winning songs such as Here I Am To Worship, Tim Hughes' studio work appeared to come to a sudden halt. But now, after a four-year hiatus, the young and very talented artist is back and better than ever!

On the 21st March - this year - Tim will be releasing his brand new album: Love Shine Through. As his most colloberative work to date, the album is aided by the talents of Delirious? founders Martin Smirth and Stu G, and well as Ben Cantelon, Phil Wickham, Nick Herbert, Nikki Fletcher and Keys Kraayenoord - to name but a few.
Track List 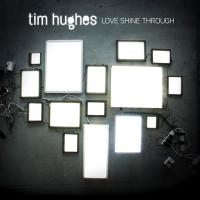 
"I hope the resulting album is a collection of songs that the whole church can sing, but that are honest and vulnerable as well".

Jesus replied: "Anyone who drinks this water will soon become thirsty again. But those who drink the water I give will never be thirsty again. It becomes a fresh, bubbling spring within them, giving them eternal life."
John 4:13-14

All the shops are open Monday - Saturday