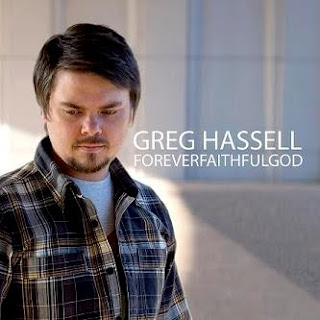 As you may have gathered from previous posts, we, at Quench, are eager to support and encourage local authors, artists and the like. And, as you can imagine, we are even more thrilled to do so when that artist is one of our own employees.
Greg Hassell, recently appointed as Head of Retail and based at our Maidenhead branch, has just released his new debut CD. Compiled of five original worship songs and produced by Marc James, Forever Faithful God is a steal at just £5.99!
After feeling convicted of God's direction for his music, Greg embarked on a rollercoaster of a journey just over a year ago and is thankful for God's goodness through it all. His desire was to achieve a unique and original sound which would be well-recieved for use in church services and personal worship.
Strongly influenced by the works of Marc James, Brenton Brown and Matt Redman, Greg's music reflects the sincerity of his faith and his heart-felt passion for worshipping the living God. Tracks such as Hallelujah, Only You and You Reign speak volumes of God's glory and sovereignty.
What is particularly enjoyable about this CD is the familiarity of the songs. This is not to say that the tracks sound borrowed or unoriginal, but that the tune is easy and comfortable to follow (a sign of a great worship song) and you'll find yourself singing along in no time!
Another personal and very special feature of this CD is that Greg's wife, Sarah, brings a well-rounded sound to the tracks with her beautiful backing vocals. We could only hope for a duet or two on his next album!
Greg is not sure what the future holds for his music, but he is currently writing new songs in the hope that a second album might be on the cards. So, watch this space!
Posted by Quench at 01:37

Jesus replied: "Anyone who drinks this water will soon become thirsty again. But those who drink the water I give will never be thirsty again. It becomes a fresh, bubbling spring within them, giving them eternal life."
John 4:13-14

All the shops are open Monday - Saturday